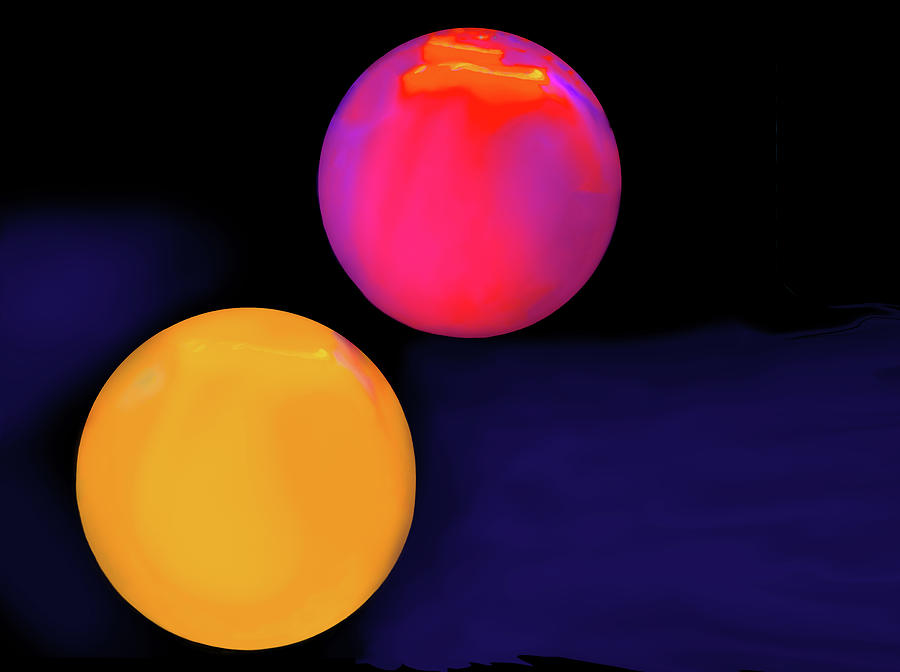 A pair of yellow and red glass globes float against a black sky background forming creating a photograph recreation of the album cover for the 1975 Paul McCartney and Wings album, Venus And Mars.

I didn't set out to recreate an iconic album cover from the 1970's... The finial on one of our lamps is a small glass ball. One night I was attempting some creative macro photography using the finial and some colored LED lights.
A couple images came out resembling glowing purple and red planets. Interesting, but certainly not ready or prime time. After listening to the Venus And Mars album recently, the idea hit me to attempt a recreation of the album using the images I'd taken of the glass finial. I hope it does justice to the original album cover!

Well done! .... and thank you for sharing with us your wonderful work of art that has been proudly presented on the Home Page of the group, 'ART FOR PASSION - PASSION FOR ART'. If you wish, you may archive it permanently or promote it further in the Discussions Tabs titled, "July Aug Sept 2022 Features."

Congratulations, your image has been featured in the Experimental Photography group -- thanks for sharing it with us! Please feel free to add it to the 2022 Feature Archive in the Discussion section (using the "embed" link on your image page).

Congratulations, your work is Featured in "Photographic Camera Art" I invite you to place it in the group's "2020 Featured Image Archive" Discussion!! L/Tweet!

Thank you very much Constance!